I’ve had to work a good deal of overtime lately, which sucks in terms of me keeping my shemale blog up to date. However, the good news is that it gave me more money, so I got a pass to a new site. More on that in just a minute.

A couple of you have written and want to see this fucker updated more often. Being as that I am an aiming-to-please kind of guy, I’m going to try to get that done. The format will probably change a little, but you’ll get more trannies more often. I figure you’d rather see more of them and less of me rambling anyways. We’ll see how it unfolds.

But for tonight, meet Tai. 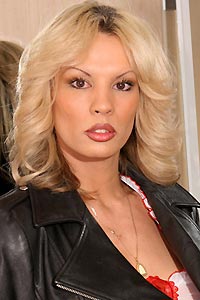 Since I’d been workin’ for the man more than usual, I decided it was time to treat myself to a new paysite pass. After looking around, I decided to give Shemale Yum a whirl. It wasn’t a mistake on my part. They are the longest running transgendered site on the web, and the guys who run it claim to love shemales. After poking around, I’d say it is a valid claim. It’s a great site, and you need to check it out.

I know one thing for sure, she has one of the nicest lines to her rib area on a tranny that I have seen. Check out the 3rd pic. See how the lines of her have that feminine sweeping curve beginning right under her tits?